It has been a few weeks since I have done a book review. It has done me good to have a break so here I am – bright eyed and bushy tailed.

I was drawn to this book, A Train From Penzance to Paris,’ by its pretty cover. My book loving heart swelled at the sight of it. The other books in this series had received glowing reviews so I was keen to read this.

Here’s a lovely message from Laura Briggs, the author of this book.

Message from the author:

It’s the fifth installment in my series about amateur writer Maisie Clark, an American who, through a series of unusual circumstances, finds herself working as a chambermaid at a quirky hotel in Cornwall. Caught up in excitement, romance, and even a bit of danger now and then, Maisie is still determined to pursue her dreams of becoming a novelist, even if her new life in Cornwall has taken a few more twists and turns than she ever bargained for.

As its title reveals, A Train from Penzance to Paris finds Maisie whisked away from Cornish shores for a whirlwind tour of Paris. And even though her decision to leave one breathtaking location to visit another is about more than just a holiday away for Maisie, it will hopefully transport the reader on a mini vacation of sorts. Idyllic train rides, luxury hotels, chic restaurants, and even a glamorous party or two await the wide-eyed Maisie as she attempts to navigate the world of her favorite author turned would-be-mentor, Alistair Davies—who wasn’t quite as Maisie had always envisioned, as fans of the series already know!

Having been to Paris in real life, it was tremendous fun for me to weave in just a little bit of the color and excitement I remembered from my own trip into Maisie’s tourist experience. The historic landmarks, the one-of-a-kind window displays, and the incredible opera I attended will forever rank among my favorite travel memories. Of course, when one is writing about a place they are only slightly familiar with, I’m sure there are many, many mistakes that natives and more seasoned visitors of the City of Light will easily spot. But just as when I’m writing about Cornwall (where I have yet to set foot, sadly) I do hope that readers will recognize shades of the real Paris in Maisie’s experience and that it will transport them to somewhere exotic and exciting when they delve into its pages.

And Paris isn’t the only escapist location on Maisie’s itinerary, with London and its stately charms awaiting her for the last leg of her journey. With new challenges to face, friendships to forge, and opportunity glittering on the horizon will Maisie finally discover the key her dreams? Or will Cornwall call her back to its shores when a startling truth leaves her to question the reasons she embarked on this journey in the first place?

For those who haven’t read the books from A LITTLE HOTEL IN CORNWALL yet, I hope this will inspire you to give them a try. You can find the first five installments in the series available in eBook format and the sixth book currently on pre-order at Amazon.:

When Maisie accepts a celebrated author’s invitation to mentor her, she finds herself leaving Cornwall behind on train tracks bound for the glitter city of Paris. Instead of making beds and serving coffee at the Penmarrow hotel in Cornwall, she’s making notes on her manuscript while sitting in a French cafe, meeting famous writers at private dinner parties, and trying to ferret the secrets behind the author’s unfinished future novel. It’s glamorous, it’s breathtaking … but it’s also an ocean channel away from the place that she loves, and, more importantly, the person to whom she just recently confessed her deepest feelings. Separated from Sidney by distance and circumstances, Maisie fears that their connection will be lost despite her words to him – and maybe because of those words, and the ones she didn’t allow him to say in return.

Meanwhile, there are plenty of things in her new life trying to distract her – the professional editor hired to critique her novel, the eager young literary agent who sees pie-in-the-sky potential for Maisie’s talent, but Maisie finds solace in the eclectic group of amateur writers into whose midst she finds herself by accident. Their critique and advice is fast becoming as important as the editors – maybe even more important than the published author Maisie believed held the keys to refining her skill.

But it’s missing Sidney that fills Maisie’s thoughts the most, along with her life back in Port Hewer, and she can’t stop wondering whether his feelings are the same as her own. His unspoken answer has become one of the most important pieces of her life, even as she struggles to match the pace of her new life and keep her dreams in sight. And when she unwittingly becomes privy to a seeming literary conspiracy, she must decide what to do in light of its truth – and decide what’s most important in her quest to become a professional writer.

Join Maisie in a whirlwind tour across two of the world’s greatest cities, filled with questions, dreams, and a chance for fame that she believed far beyond her grasp, as she discovers herself as a writer, and how to embrace an unexpected future on her own terms.

Despite it being the fifth book in a series I found the book worked well as a standalone. I was able to slot myself into the story and Maisie’s shoes with ease.

I warmed to the character of Maisie early on. She’s an amateur writer trying to get a book deal and gets the amazing opportunity to hang out with her favourite author on a dream mentoring trip to Paris. This is one of my own life fantasises so I got to live this situation out through Maisie’s eyes. Maisie’s passion for her writing and following her ambitions really shines through. I do love characters who decide to follow their dreams.

I can see why this series has been popular and so well received. Laura Briggs fills her books with interesting and engaging characters, memorable settings and good plot twists.

The letters to Sidney, her love interest, were good and heartfelt. I think I need to go back and read the previous books to get up to speed with Sidney.

Loved the secret society, the hustle & bustle of Paris and mingling with authors.

A charming and captivating read!

This book is out today. Click here to find out more!

Don’t miss my blog post tomorrow – I have such a treat for my romance readers. ❤️

One thought on “A Train From Penzance to Paris #BookReview @PaperDollWrites” 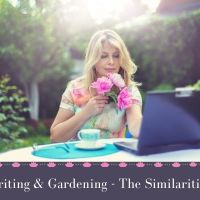