Oh my goodness I have such a blog post for you!

Mills and Boon Author Ella Hayes is here to talk about the essential abilities of the romantic hero. I always fall madly in love with Ella Hayes’s male characters and to me she’s the queen of creating sexy male heroes. Her latest character Zach Merrill, from Italian Summer with the Single Dad, made me throw out my new year’s resolution about not getting carried away with fancying fictional hunks and don’t get me started on her character, Cormac from Her Brooding Scottish Heir.

I am a hot mess before this post has even started so let’s quickly hand over to Ella Hayes.

When it comes to writing romantic heroes, first on my list of essential hero attributes is likeability. I don’t mean that the hero has to be the life and soul of the party or that he can’t be flawed (more on that later), but there has to be an immediate sense that whatever he’s projecting outwardly, he’s nevertheless a “good ‘un”. In the 50,000-word novellas I write for Mills and Boon, early reader engagement is essential. One way of achieving that is through writing both the heroine and the hero’s point of view alternately. It keeps the reader up to speed with what both characters are thinking, and so even if the hero’s demeanour is cool and reserved (as Cormac Buchanan’s is in Her Brooding Scottish Heir) the reader soon understands the reasons for that. I always love writing the hero’s POV, by the way. All that digging around in the male psyche—such fun!

Second on my list of hero essentials is credibility. Alexander Pope said: “to err is human [… to forgive is divine”] and so, to be properly relatable a hero needs to have some flaws. But, in a heart-warming romance, the hero’s flaws should never undermine his likeability. He can’t do anything that will alienate the reader and so often, the hero’s perceived “flaws” are actually a reflection of his internal struggle or conflict. In the movie, Love Actually, Andrew Lincoln keeps his best friend’s new bride, Keira Knightly at arms’ length, not because he doesn’t like her, but because he’s in love with her. “It’s a self-preservation thing,” he tells her when she finally cottons on … and then there’s the totally heart-melting scene where he stands silently on the doorstep with his cue cards, “without hope or agenda” declaring his undying love for her as his ghetto blaster plays Silent Night. He only gets a kiss, but his status as a romantic hero is affirmed in those few moments.

Nobility is another important hero-attribute, but I’m not talking about high-birth. For me, a true hero has to have a noble nature. He’s spontaneously selfless, sacrificing his own dreams and desires for those he loves, or perhaps he’s been robbed of the chance to “do the right thing” and is consequently burdened with guilt. He may not find his noble decisions and choices easy to live with—he’s only human after all—but in spite of any misgivings, he remains steadfast, loyal and true … the proverbial knight in shining armour. (Fact check: are there actually any proverbs about knights in shining armour?) In my forthcoming release, Unlocking the Tycoon’s Heart, my hero Theo is supremely steadfast … and believe me, it makes him a heavyweight in the hero stakes.

For me, the other “must have” for any self-respecting romantic hero is vulnerability. Why? Because it’s the chink in his armour (sticking with the shining knight theme) through which the heroine will slip. The hero’s vulnerability is the base camp of his emotional journey, the route to his salvation and his happy ever after. In Italian Summer with the Single Dad, when the hero takes the heroine to the Ravello bar where he plays classical guitar one evening a week, he’s trusting her with a private side of himself, giving her a glimpse of his shelved ambitions. Unsurprisingly, this moment is pivotal to the way things unfold …

You will notice that so far, I haven’t mentioned appearance and that’s because the hero’s gorgeousness or f***-ability (sorry, Mum!) is a given, and will almost certainly be the first thing the heroine notices about him. But for the story to truly resonate, the hero must engage all of his heroic “abilities” to procure his own and his heroine’s happy ever after, and to leave the reader sighing blissfully when the curtain falls. 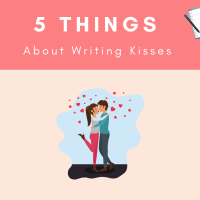 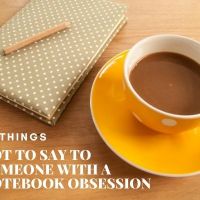 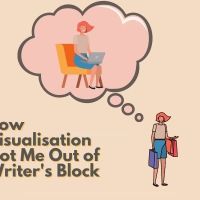